A brief biography penned by Barry Huffman (with edits)

After his discharge from the Army in 1986, Stacy attended Randolph Community College, receiving an associate degree in commercial art.  He found work with a printing company, but the company did not have a position available in their art department.  Discouraged, he took a job in a textile mill.

In 1993 Stacy started working with Sid Luck in his Seagrove pottery.  Sid, a fifth generation traditional potter who had also been one of Stacy’s high school teachers, taught him the basics of turning pottery from handling the clay to glazing and firing.  Stacy started building clay figures, and with Sid’s help, he was soon making figures up to 12 inches high.

Stacy hand builds his figures, sometimes throwing part of the work on the wheel.  He does an electric kiln bisque firing before completing the detail painting and finishing with a final electric firing.

Humor is a critical component to Stacy’s clay figures. A rooster wearing checked shorts contemplates an egg at his feet, or a dozen grinning heads protrude from a small jug as if to make fun of jugs with a single face.  Nursery rhyme characters play their parts to entertain the child lurking in every adult. A serious angel closely follows the antics of a second angel on the other side of the vase.  Albert Einstein is a favorite subject who frequently finds himself etched and painted on small vessels.

All of Stacy’s work is carefully constructed and abundantly detailed his clay figures and his amazing pen and ink and colored pencil drawings.  Both clay and paper attest to Stacy Lambert’s imagination and creativity.  Think of Pieter Bruegel the Elder (c.1525-1569), the most significant painter of the Dutch and Flemish Renaissance, after someone gives him a dose of laughing gas infused with love and wit. That Pieter and Stacy would have some fun things to talk about. Perhaps this comparison illustrates the humor, intensity and complexity of Stacy’s work, it is also meant to comment on his seriousness as an artist and the range of his originality and creativity.  I can only imagine how he must soak up bits of the world around him and then give it back to us in a figure or a drawing that entertains, yet lets us see things we have never seen before or think thoughts previously unimaginable.

He has participated in the Catawba Valley Pottery and Antiques Festival every March in Hickory since the beginning of that show.  Stacy has plenty of ideas for future pieces. He explains, I plan on doing this forever. Its become part of my life.

In November, 2011, Stacy married his childhood friend, Vonda Moon. Stacy is a full-time folk artist while Vonda retired from working in IT at a financial institution in January 2022.  He and Vonda enjoy going to movies and traveling.  Stacy’s daughter, Nadine, works as a technical analyst in Virginia.  And, his son, Sebastian, after a decade in the Navy, Sebastian is now an entrepreneur. Sebastian’s wife, Christine, is a piano instructor. In addition, Stacy and Vonda have a elderly dog named Pepper Blue. 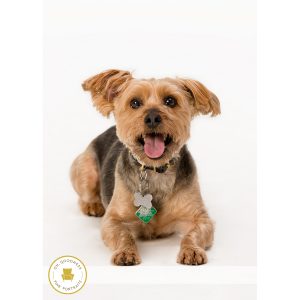